(i)  New Zealand images from Tasman’s journal in the National Archief, The Hague, The Netherlands (referred to as the ‘State Archives copy’). 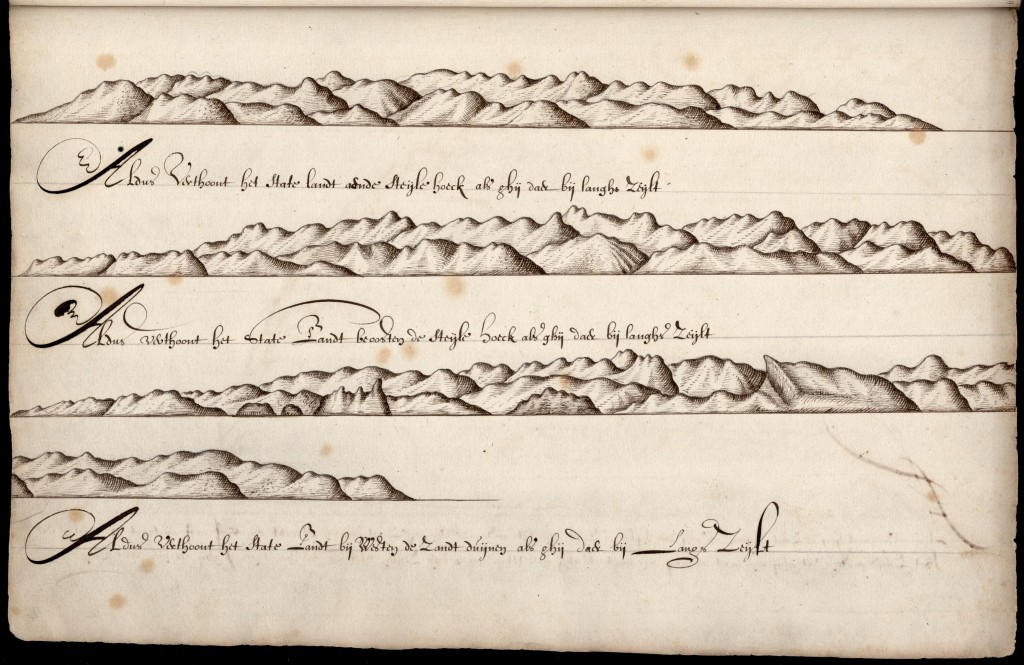 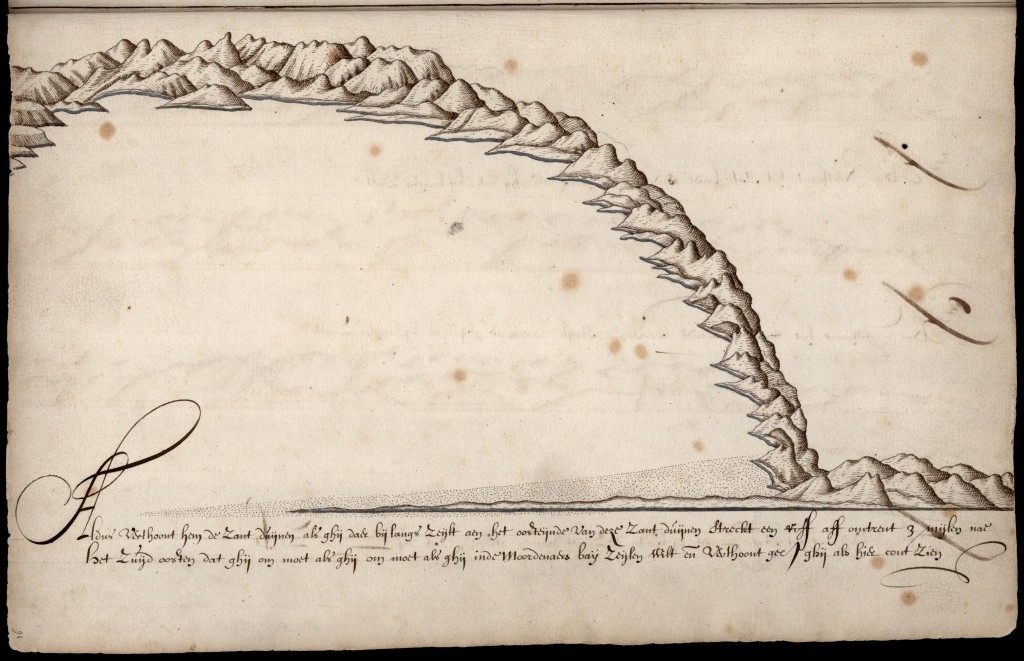 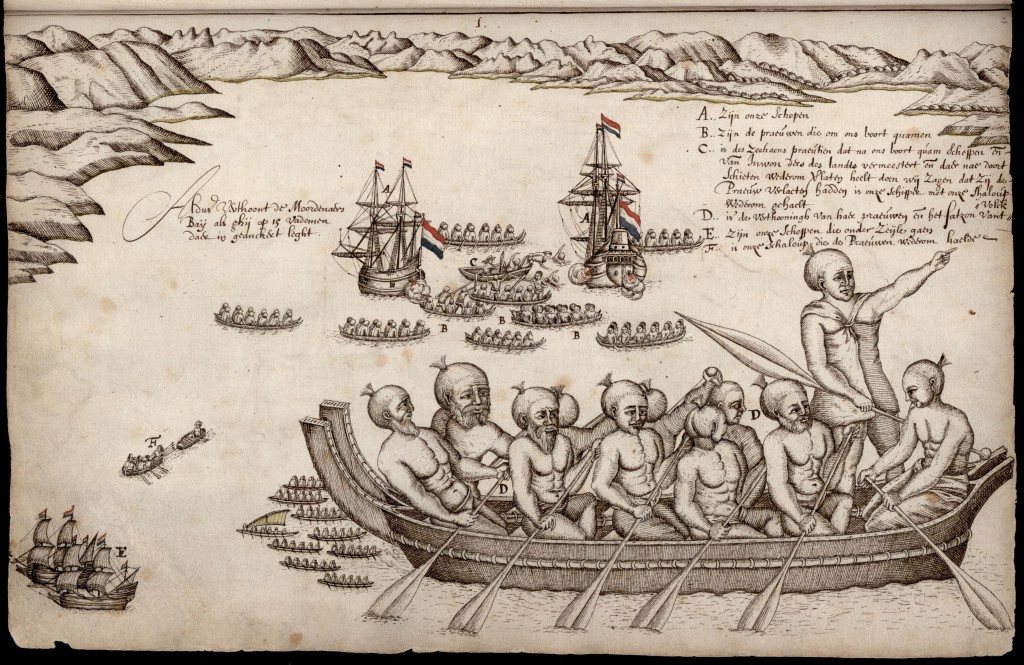 A View of Murderers Bay, a multi-layered image of the events that unfolded in Golden Bay on 18/19 Deccember 1642 (folio 65)

View of Cape Jackson (left) to Stephens Island (right) from the anchorage east of d’Urville Island. There the voyagers spent Christmas, and sat out a storm for a week  (folio 66) 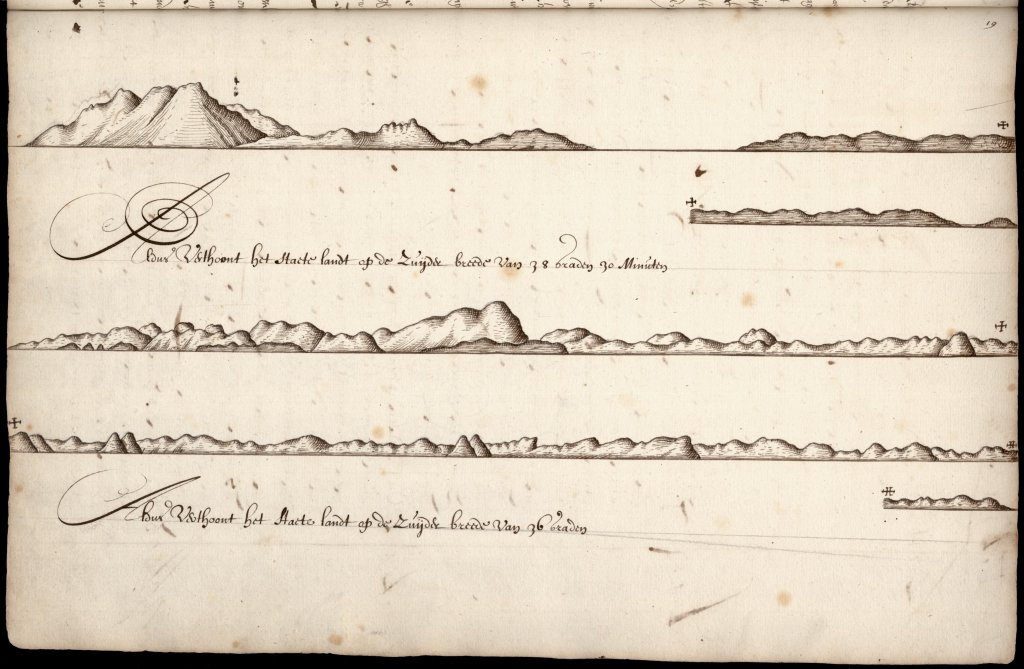 Sailing up the west coast of the North Island, they sketched the distinctive volcanic cone of Karioi Mountain, near Raglan Harbour (folio 71) 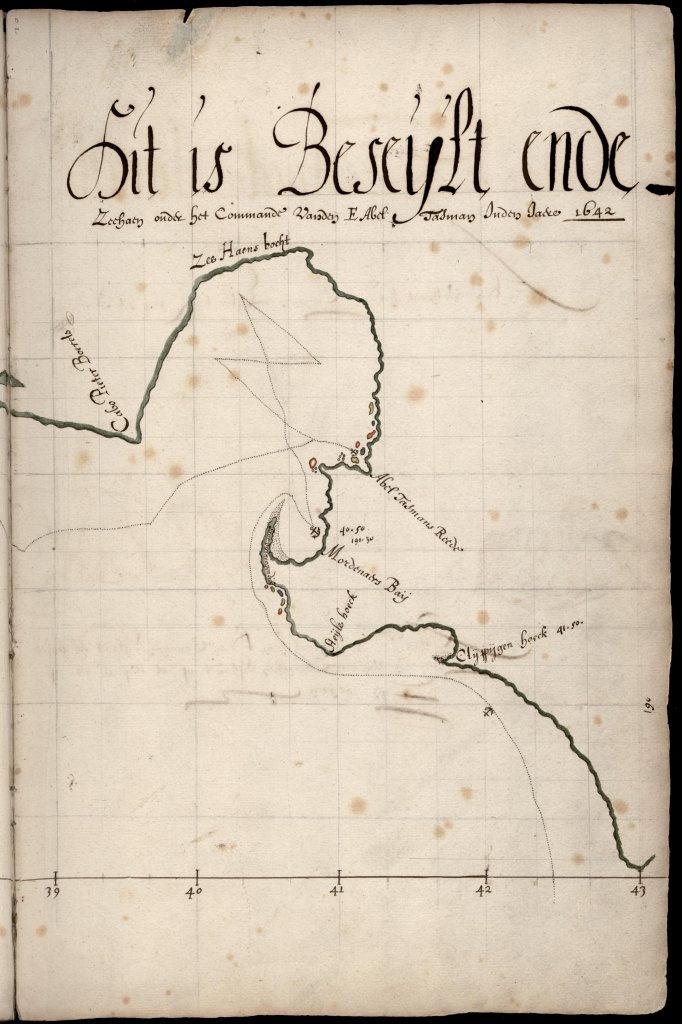 Right side of the double-page chart, from the day of discovery (13 December) and including the Murderers’ (Golden) Bay anchorage and the investigation of what became known as Cook Strait, before heading on around Taranaki; ‘Cape Peter Borrel’ here (folio 75) 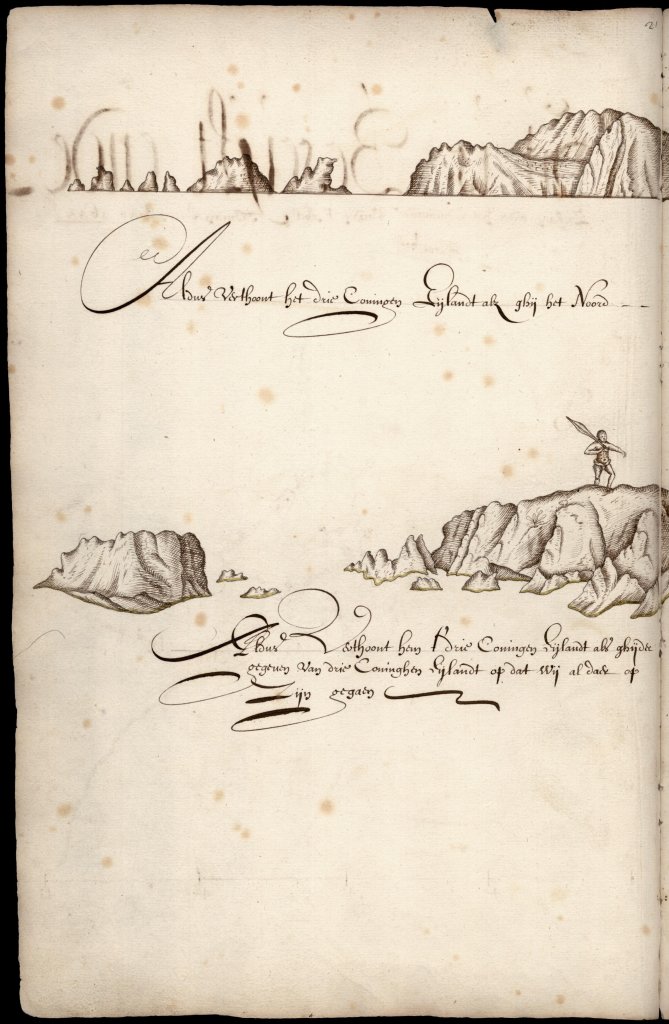 Left side of the double-page final image of the voyagers’ time in New Zealand: Three Kings Islands, which they neared on 6 January 1643, hence the name (folio 76) 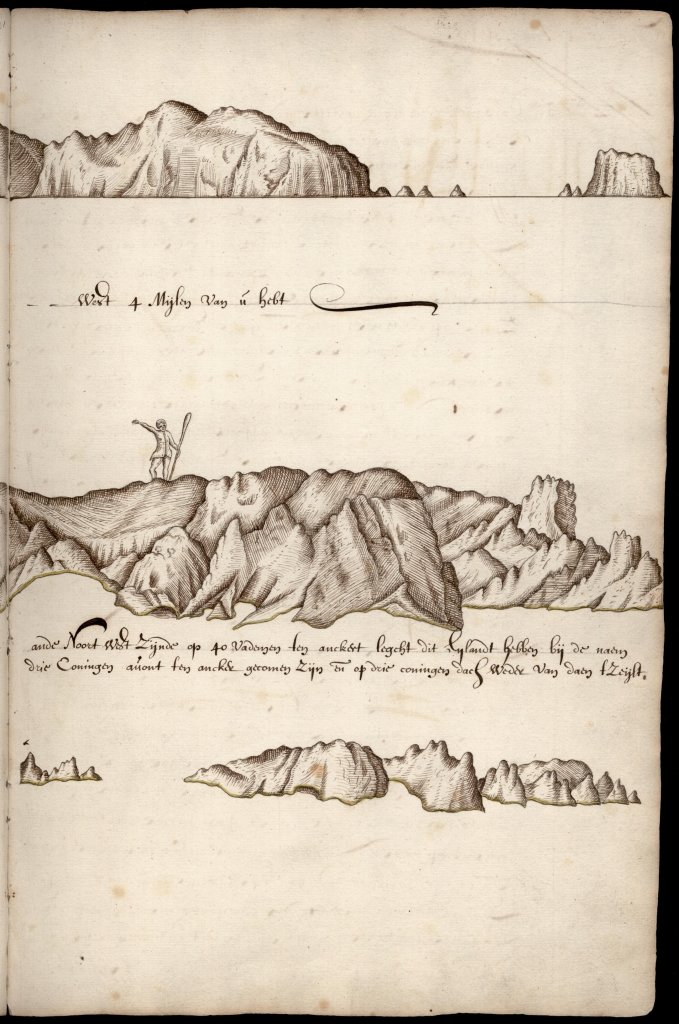 Right side of the double-page final image, Three Kings Islands, where they were driven away from trying to find water by the sight of inhabitants (folio 77)

(ii)  New Zealand images from the Blok Fragment in the National Archief, The Hague, The Netherlands (referred to as the ‘Blok Fragment’). 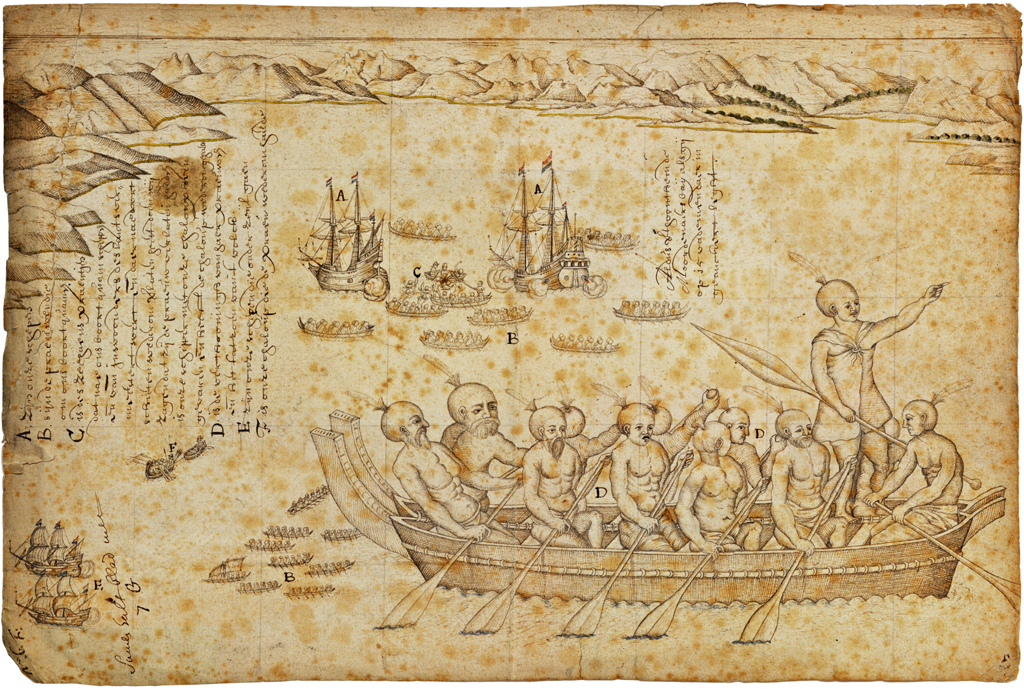 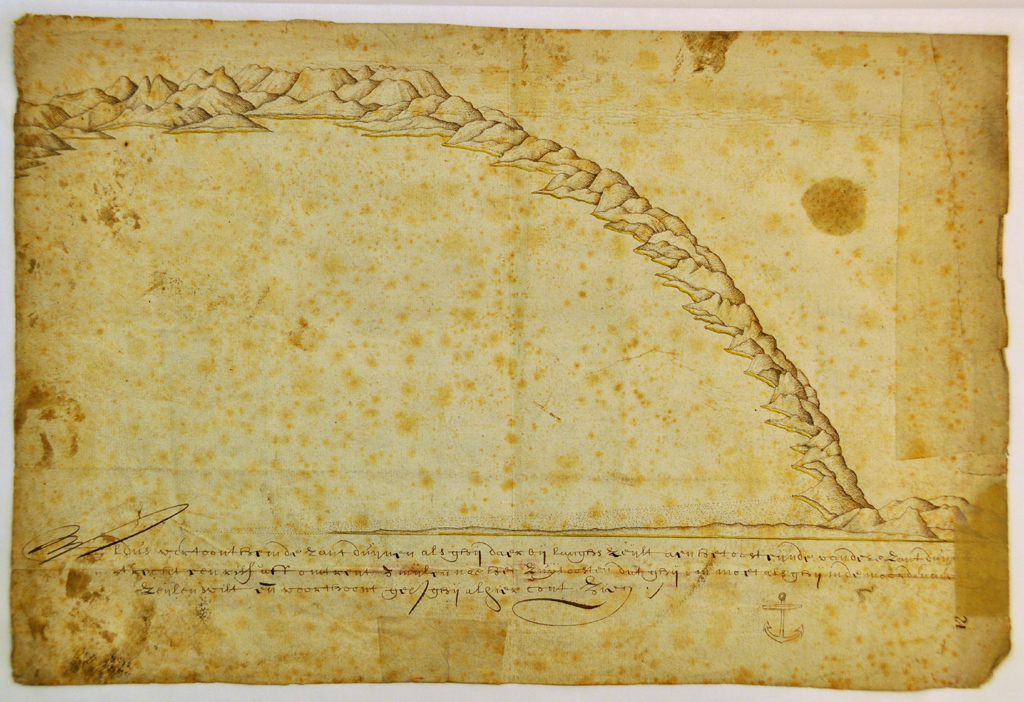 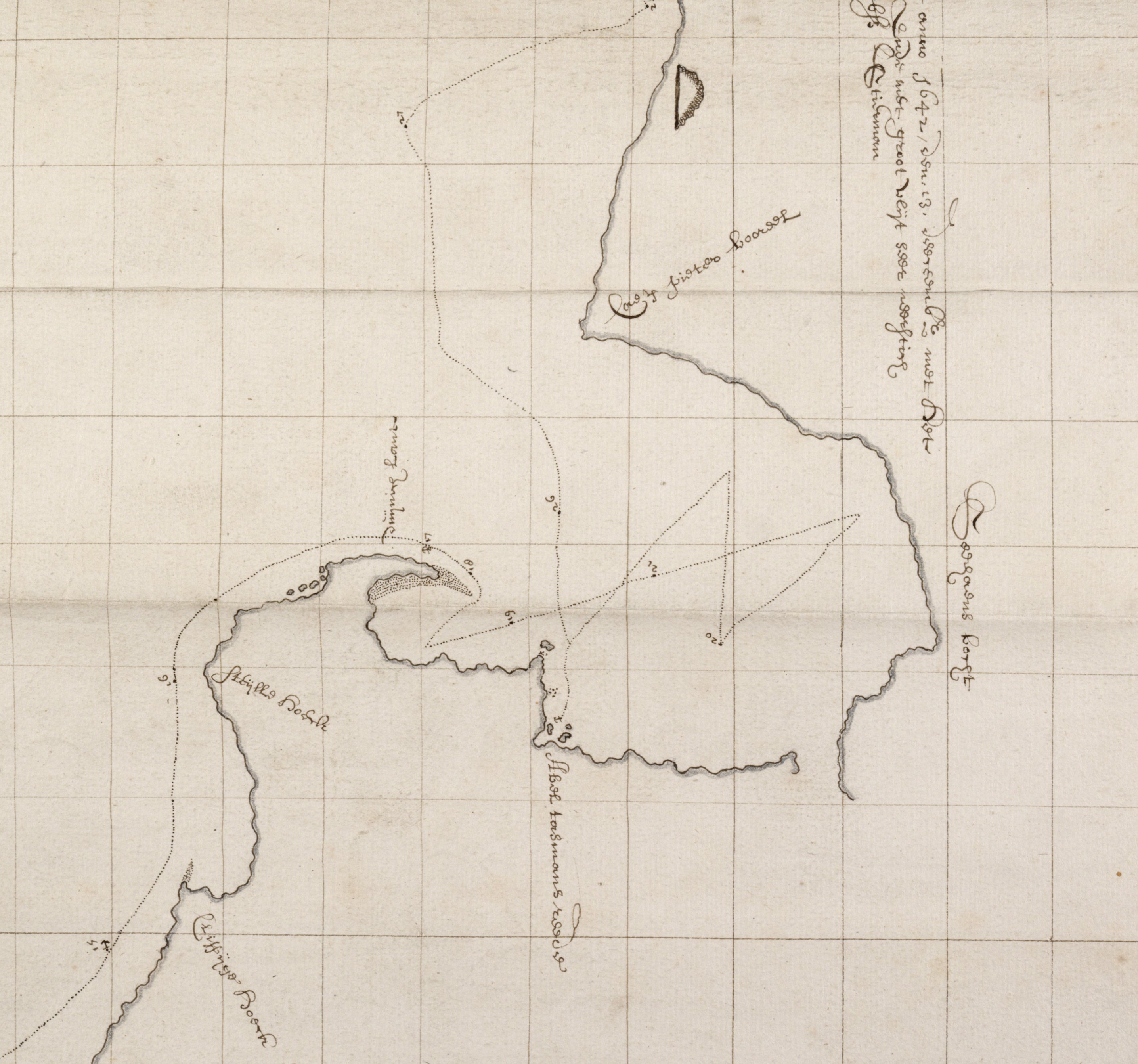